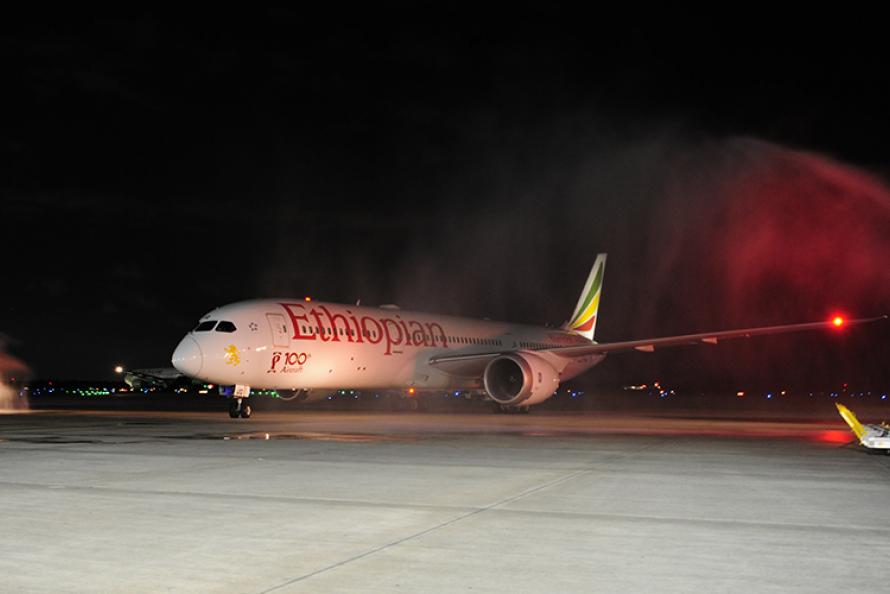 Ethiopian Airlines makes its debut in the Houston market 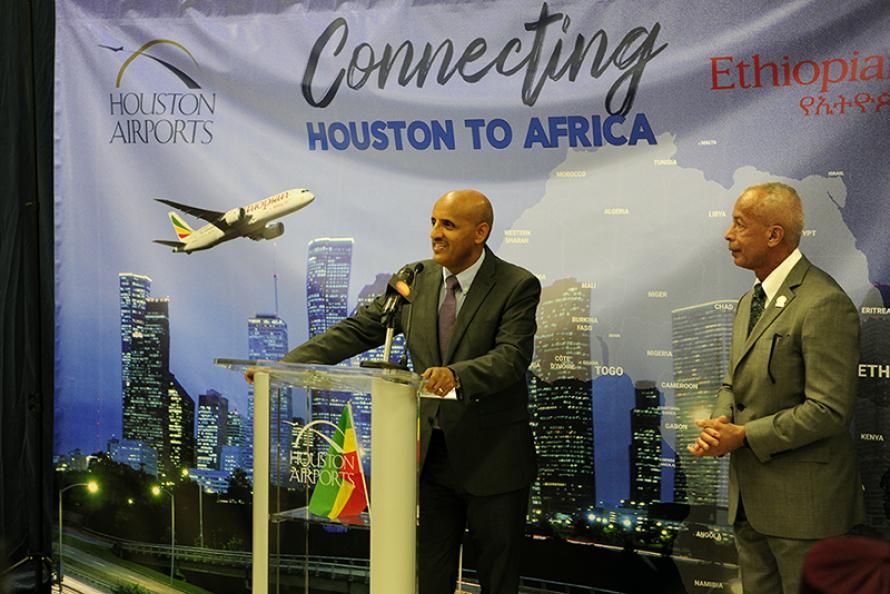 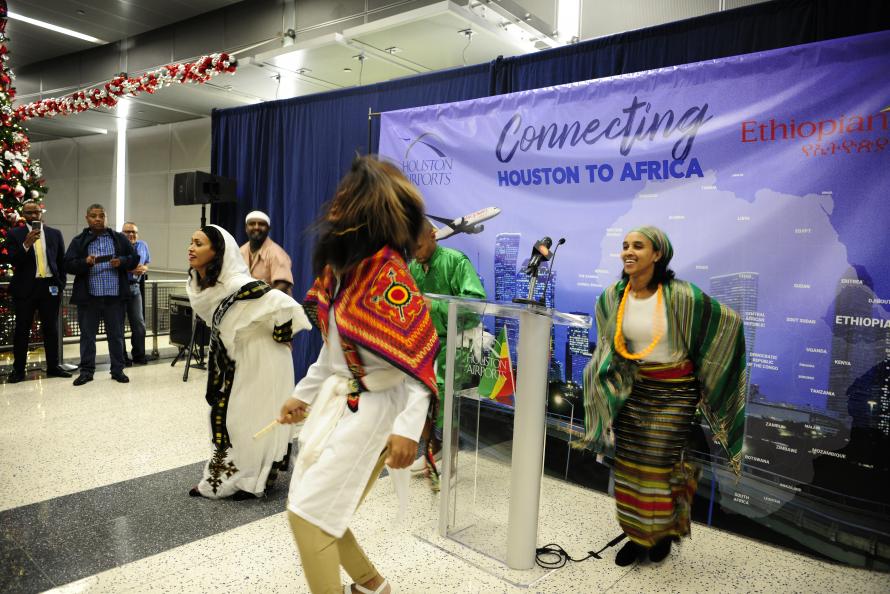 “This new connection speaks to the heart of why Houston Airports exists: to connect people, businesses, cultures and economies of the world to Houston,” said Houston Airports Director Mario Diaz. “Houston is celebrated as having the nation’s largest African community and a thriving oil and gas industry that has operations in West Africa. This new flight path further strengthens the international presence and value of the Houston Airport System.”

A group of Ethiopian dancers kicked off the celebration as Diaz, Ethiopian Airlines CEO Tewolde GebreMariam, U.S. Ambassador to Ethiopia Michael Raynor and Ethiopian Ambassador to the U.S. Fitsum Arega sat in the front row.  Local leaders of the Ethiopian community were also on hand for the celebratory event.

“Ethiopian Airlines’ direct connection to Africa is more than just a flight path,” said Diaz. “It’s a bridge that will allow our worlds to intersect, and it’s at that beautiful intersection where our cultural curiosities will be fulfilled by a deeper understanding, newfound perspective and appreciation for one another.”

Houston is among Africa's largest U.S. trade partners and is home to numerous multinational corporations, including some of the world’s largest energy companies that support extensive global operations in West Africa.

“The practical and business implications of this endeavor are enormously positive,” said Diaz. “We are elated that Ethiopian CEO Tewolde GebreMariam saw the value in this partnership. This is a win for all and stands to contribute hundreds of millions of dollars to our respective economies annually.”

“The U.S. is among our most important markets owing to the presence of a large African community and growing investment, trade and tourism relations with Africa,” said GebreMariam.  “Our new route structure, with additional frequencies to multiple gateways and the opening of new route to Houston, is aimed at responding to the market demand and availing the best possible connectivity between the USA and over 60 African destinations. The new flights will provide the only direct and most efficient connections between Houston and West Africa.”

Photos available via this link.

For a complete list of international carriers at Bush Airport, check link.

Learn more about Ethiopian Airlines and its plans at this link.

Learn more about the Houston Airport System at this link.