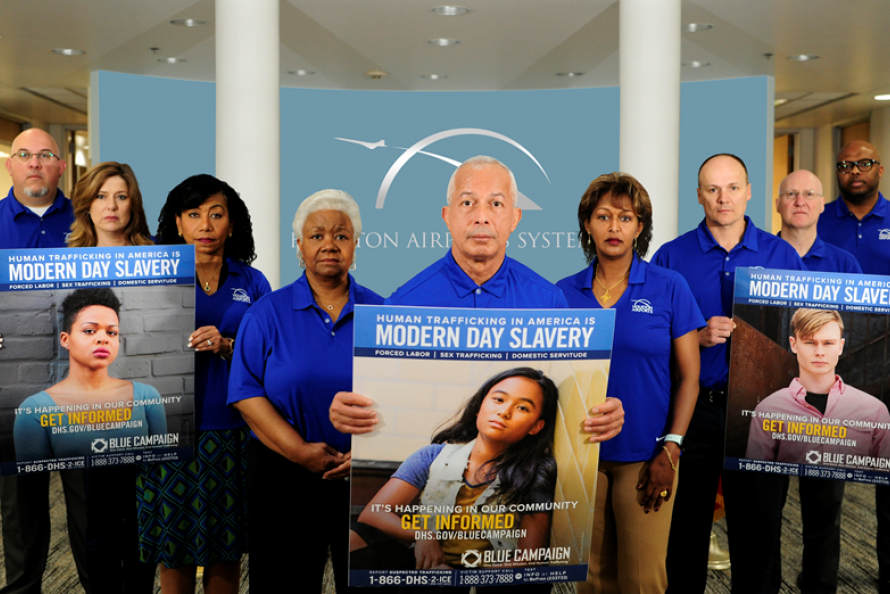 In October 2019, Houston Airports became an official partner of the U.S. Department of Homeland Security’s (DHS) Blue Lightning Initiative (BLI). BLI is part of the DHS blue campaign through coordination with the U.S. Department of Transportation and U.S. Customs and Border Protection. BLI trains airport workers how to identify traffickers and trafficking victims who may be traveling through airports. The Houston Airport System is the first airport system in the country to become a formal BLI partner.

Over the last two months, Houston Airports has trained over 200 front-line airport employees with the knowledge to recognize and report suspected instances of human trafficking. Later this month, Houston Airports will launch an annual training program that is mandatory for all employees. In addition, human trafficking messaging has been made available via digital displays and static posters throughout the airports.

To get help from the National Human Trafficking Hotline:

or text HELP or INFO to