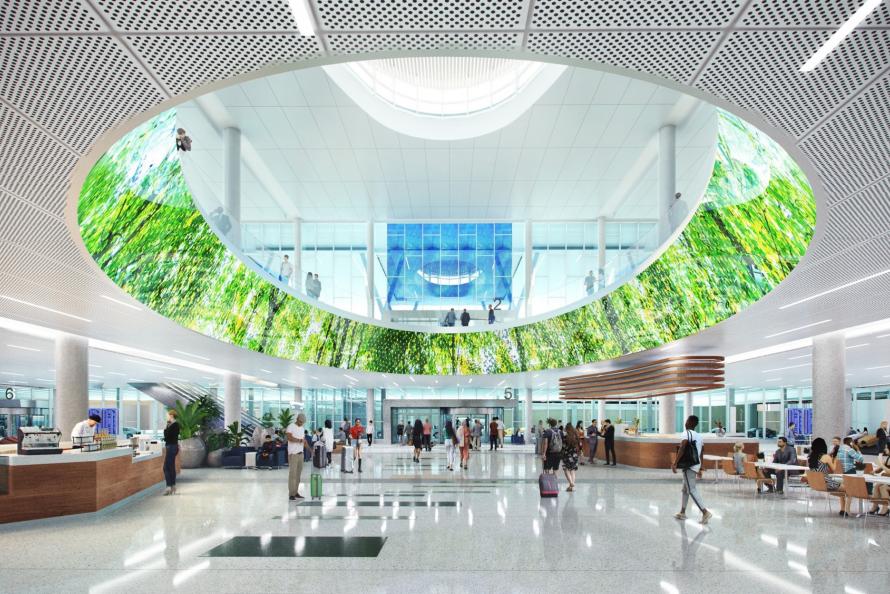 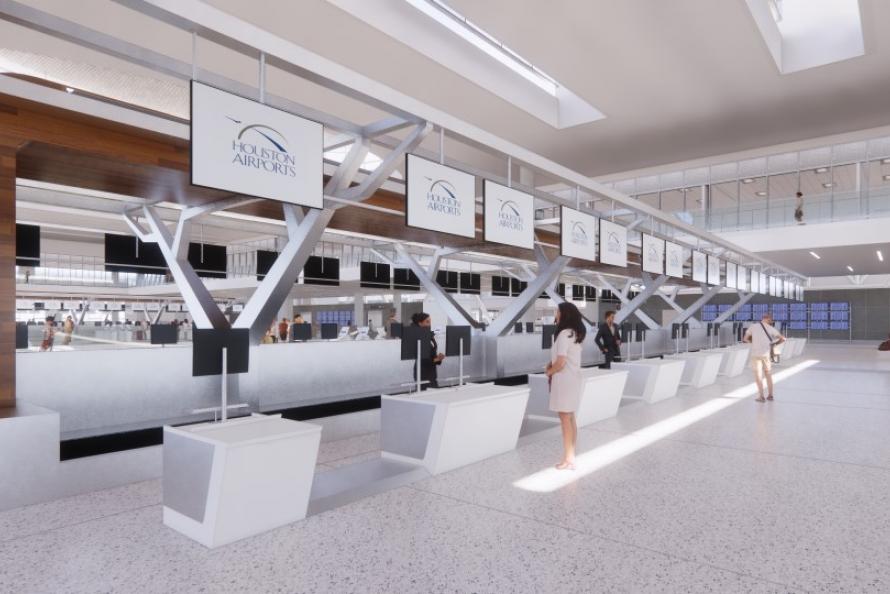 More gates and capacity supporting airline growth, better use of space, enhanced connectivity and passenger experience, and modernization of facilities are some of the reasons why the IAH Terminal Redevelopment Program (ITRP) is essential to Houston’s future as an international city!

On June 17, the Houston City Council’s Economic Development Committee (EDC) was briefed on the continuing progress of the Program, which will provide a world-class experience for millions of passengers each year. Through the impacts of COVID-19, ITRP has continued to move forward.  Because of a significant decrease in air traffic due to COVID-19, ITRP has the opportunity to move forward with potentially less complex phasing and logistics considerations involving aircraft and passenger movements around the construction activities.

“The last time we made a presentation, we had just finished schematic design,” Diaz said. “We are now well into design development which means that we’re beyond the 35 percent of design. The design development we expect to conclude around August [for the Central Processor and Federal Inspection Project], and we’ll be around 60 percent of design when we finish that up.

“You’ll see an evolution of design that is dramatic and I think will be very much appreciated.”

Andersen reiterated that the need for ITRP arose because of the tremendous international airline growth George Bush Intercontinental Airport (IAH) has experienced over the years.

“We have nearly doubled the amount of foreign flag carriers [currently 19],” Andersen said. “That, in turn, along with the aging of assets has driven the need for expansion and updating of the international terminal.”

These two projects are preceded by the following enabling works and projects:

Andersen discussed several of the projects at length and expressed his genuine excitement at the efficiencies they would bring, as well as the aesthetic beauty and openness.

Andersen also pointed out to the EDC the visionary nature of the Program planning. “You will also notice that the design incorporates future safeguarding for expansion with a Central and an East pier when passenger and flight traffic grows and we outgrow the existing gate capacity that we have,”  Andersen said. "ITRP is meant for the present with the future squarely and firmly in mind."

Andersen said that the ITRP was being designed with sustainability in mind. He talked about the thought and effort that went into the design for many “beautiful open spaces,” lots of natural light, state-of-the-art restrooms, and much more.

As Houston Airports is intentional with regard to social and environmental consciousness, Andersen said that more than 200 truckloads of concrete were removed from the Old C North demolition site, segregating the rubble for the steel and the concrete for recycling.

Diaz concluded by discussing the future of air travel in a world adjusting to the COVID-19 carnage as well as continuing to mitigate and manage potential threats to security.

“Airlines and airports across the country recognize that a key to success in the future is going to depend on a touchless or near-touchless airport environment,” Diaz said. “That is an environment where a passenger comes in and they don’t need to touch anything. They bring in their bags, and with facial recognition they won’t even need their boarding pass because their face is their boarding pass – the system will recognize you.”

Essentially, Diaz said, the passenger boarding experience will go “from start to finish without touching anything.”

Diaz acknowledged the plunge of the airport and airline industry but noted that Houston Airports is on the upswing and is even exceeding recent forecasts as it rebounds, serving about 12,000 passengers a day in mid-June.

The $1.3 billion Program concludes in early 2025 with the International Processor opening at the end of 2024.